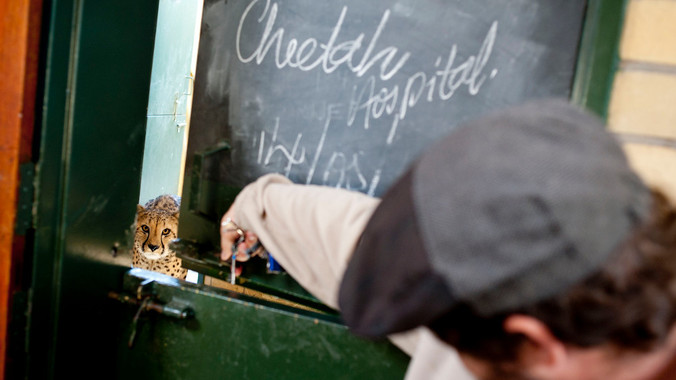 Maintaining a zoo is not only a balancing act, it contributes importantly to the world we live in. There’s a science factor to it too, writes Sarah Wild of the Mail and Guardian. It informs the activities of the zoo, from what the animals eat to the habitats designed for them.

It sounds like a breakfast buffet for a sultan: four apples, four pears, a punnet of strawberries, bananas. These are some of the ingredients on the recipe list for the exotic South American fish at the Johannesburg Zoo.

According to Tshepang Makganye, acting head of the zoo, this diet has been specifically formulated to meet the fish’s nutritional requirements. “A zoo is a technical environment – anything and everything you do needs science,” he says, sitting in his wood-panelled office in the zoo’s admin building. Outside the window, a flamboyance of flamingos plays in a water hole.

When the zoo first opened its doors 110 years ago, its residents consisted of one lion, one leopard, one giraffe, two sable antelope bulls, one baboon, one genet, one pair of rhesus monkeys, one pair of porcupines and one golden eagle. Today, there are more than 2 000 animals and 360 species in the 54-hectare zoo, which costs about R100-million a year to run.To read more about the science behind zoo keeping, read the full article here.

* This article is reused with permission from the Mail & Guardian.