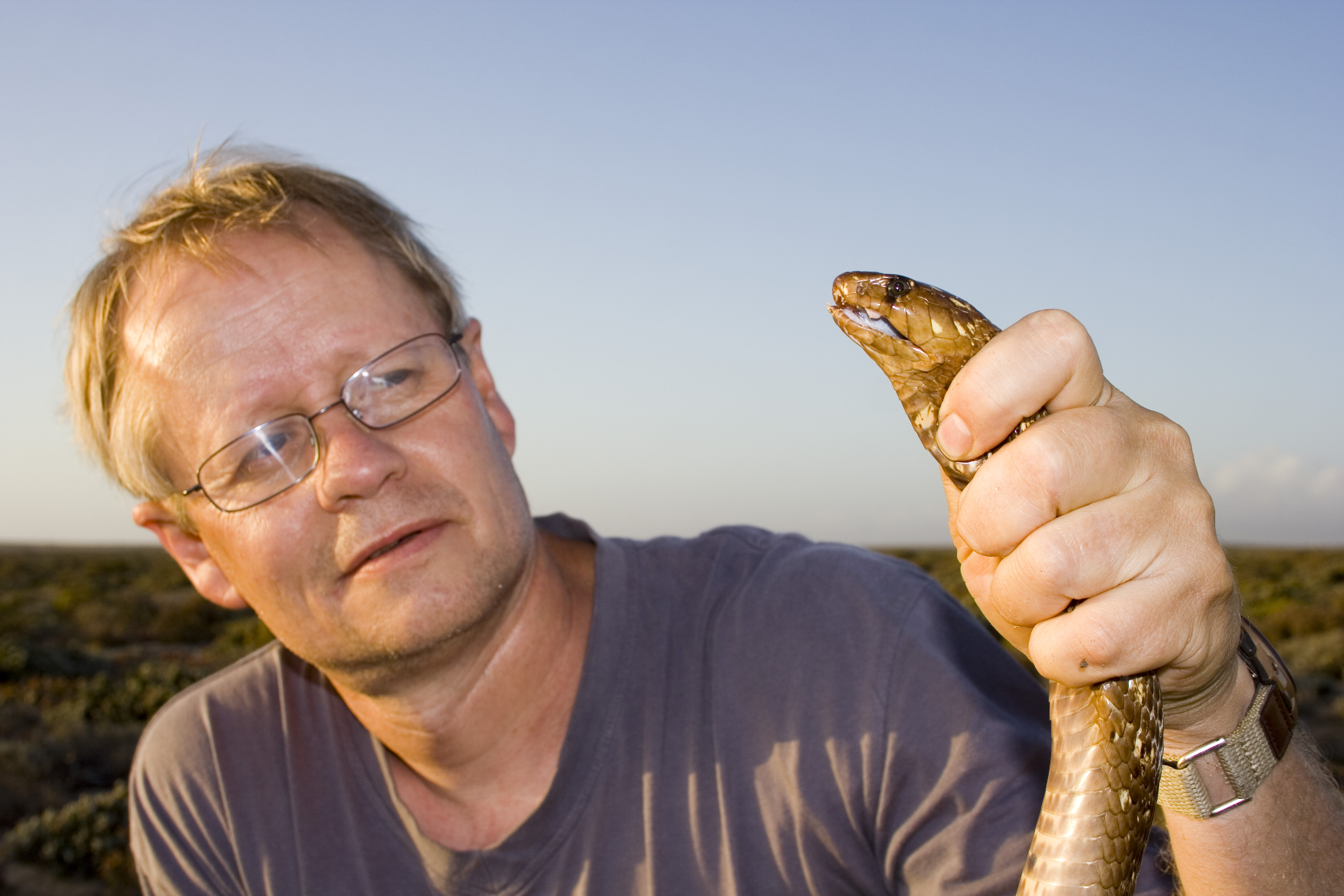 These little guys learn much faster than dogs apparently, at least when it comes to learning how to pick out a snake’s scent from a line-up.

In this photo, Ash Miller, a Wits post-grad, demonstrates how she trained meerkats to recognise and point out the scent of various snakes, in order to find out if one particular snake, the famed puff adder, has any smell at all. Turns out they don’t.

Or at least, nothing strong enough for meerkats or dogs (a sausage dog, a lab, a border collie and a Doberman to be exact) to catch a whiff of.

Ash and her fellow researchers say this may be the first terrestrial animal known to hide it’s smell. Think about it – everything that lives and breathes emits some kind of smell, from the skin or in the breath, so the puff adder’s ability is really very weird.

Of course the US military immediately saw the value in being able to hide smells from sniffer dogs, so they’re now funding further research to figure out how exactly the puff adder camouflages it’s scent … this is what Prof Graham Alexander jokingly hinted towards during a presentation about this research to the media, but Ash later explained that while this research could lead to something like fabrics that never need to be washed due to dust, or microbe-repelling properties for troops’ clothing, the US military often funds basic research for the value of the research on its own.

Ash also wants to see if elephants might have noses sensitive enough to smell the puff adder. “Elephants have the highest number of olfactory receptor genes of any animals tested to date (~2000), which implies that they very likely have the best sense of smell in the animal kingdom too. We’d like to see if they can smell puff adder because if they can, it will demonstrate to us that the ability to detect puff adders using scent is threshold-bound, and that elephants are able to detect much lower concentrations of odourants than dogs and meerkats can; and that puff adders are producing minute amounts of odourants,” she says.

The puff adder’s main predator, the snouted cobra, has a super-sniffer organ known as the Jacobson’s organ, and since they are responsible for about half of puff adder deaths, the researchers think that snouted cobras might well be able to smell puff adders, perhaps using this organ. “We are going to be testing the snouted cobra’s ability to detect puff adders, but we have to use a different method that assesses behaviour rather than actively training them to find puff adders,” explains Ash.

Also mythbustingly fascinating is that puff adders are not the lazy, ambushing meanies we’ve come to know them as. If you’ve hiked in South Africa, you’ve probably stepped on one and you’re obviously fine. So says Graham, who heads the Alexander Herp Laboratory at Wits, where all of this research took place. Graham was bitten by a puff adder before he even became an expert in their biology, and that’s how he discovered he was allergic to anti-snake venom.

Keen for a thrilling career on the edge (my guess), Graham went on to study puff adder behaviour, noting that dogs and other predators often ran right over them without even noticing them, and without the snake so much as reacting. Puff adders do not strike unless they really, really feel in danger, and hiking boots are not all that threatening. But the fact that predators run right over these snakes on a regular basis is what first got Graham thinking about why they couldn’t detect the snake using their sense of smell.

Ash’s trained meerkats reside at the Montecasino Bird Gardens, which, according to reptile curator Chris Cooke, colabs with researchers whenever they get the chance. Read the original research about scent-hiding puff adders here: http://rspb.royalsocietypublishing.org/content/282/1821/20152182