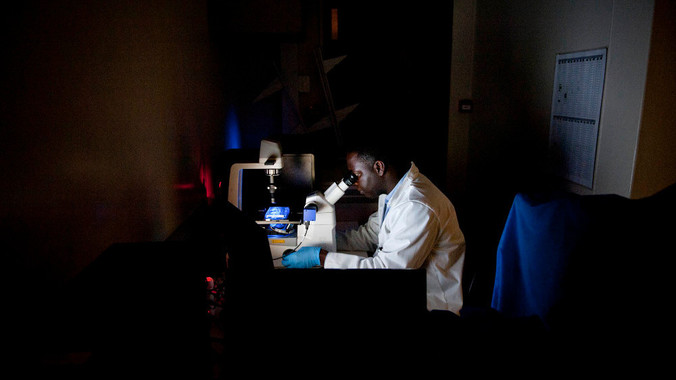 Human tissue could be a medical game changer, but thorny ethical roadblocks must be navigated, writes Sarah Wild of the Mail & Guardian.

Biobanks are in short supply in South Africa, a place whose inhabitants have some of the greatest genetic diversity in the world. These repositories of human tissue, used for health research, could save lives as scientists find links between diseases and population groups – and, possibly, cures to currently untreatable diseases. But in giving consent for researchers to use your tissue, you are in effect also giving consent on behalf of your parents, family members and children – and possibly all those who share your genetics.

Biobanks are “a major advance in terms of science and technology”, says Professor Ames Dhai, director of the Steve Biko Centre for Bioethics at the University of the Witwatersrand.

A bank containing hundreds of thousands, possibly even millions, of samples with the donors’ medical and demographic information would allow scientists to conduct research with the possibility of statistically significant results. This could pave the way for personalised medicine tailored to South Africa’s population.

Yet biobanks are not mentioned in South Africa’s National Health Act of 2003, which governs human tissue usage, for therapies or research. Department of health deputy director general Terence Carter told the Mail & Guardian that workshops are planned to plug holes in the current law and regulations, and that ethicists will be included in these discussions.

This is “a scientific tissue issue, but also a major ethical issue, so we are bringing together the experts in ethics as well as cell technologies and genetics”, Carter said.

A major question in this area is the notion of consent, and what it means to give informed consent.

* To read the rest of this article, please click here to go to the original version on the Mail & Guardian website.