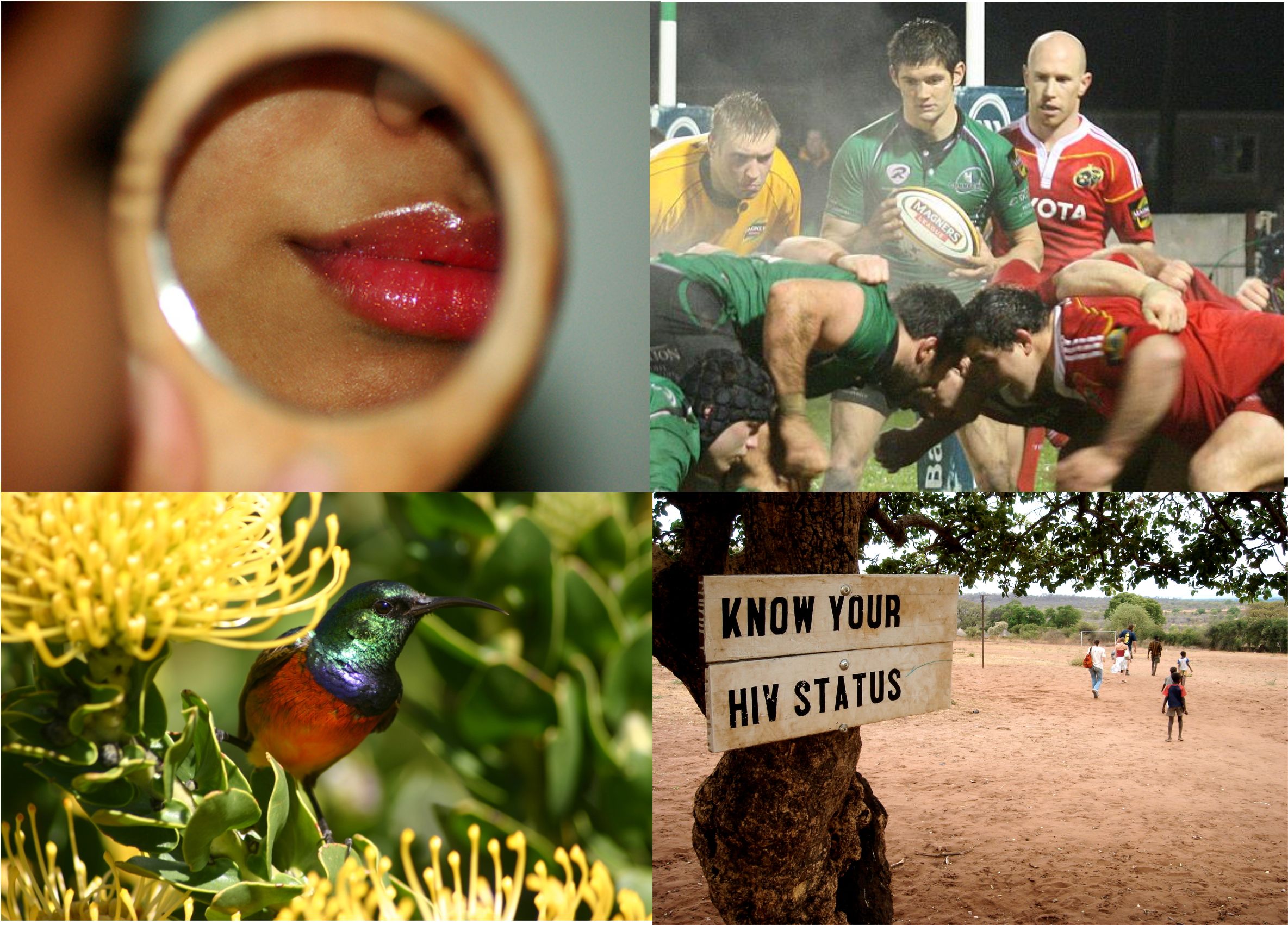 This week the Scibraai Eye focus is on South Africa’s youth: how girls from different ethnic backgrounds think about their bodies, and how prevalent HIV testing is among young people. Recent scrum laws that have made amateur rugby a bit safer are also discussed, as is a first-of-its-kind study that shows that orange-breasted sunbirds like pink. How South African teen girls think about their bodies

Black South African girls are more dissatisfied with their bodies compared to white girls of the same age – in part because of the acculturation of Western ideals of thinness among urban black females.

“Exposure of Western norms of thinness in a multiethnic and cultural urban setting is influencing both eating attitudes and behaviour,” says Tabither Gitau of the University of the Witwatersrand, lead author of an article published in the open source African Journal of Psychiatry. The paper studied ethnic differences in eating attitudes, body image and self-esteem among adolescent females living in urban South Africa.

Despite this overriding quest to be thin, adult female obesity in South Africa currently stands at 35%.

Even though white females did demonstrate a greater desire for thinness than their black peers, Gitau believes it does not manifest as an abnormal attitude to eating or influence their body mass index (BMI). Although white girls have a slightly higher mean BMI, they are are less predisposed to eating disorders. They have healthier images of their body, but lower self-esteem, and more prefer to be thinner than their black peers do. Black females in the study tended to have a greater predisposition to abnormal eating pathology, in particular, controlling what they eat. They had a less healthy body image, but higher self-esteem.

No contest about scrum laws

Was the recent introduction of a new set of scrum laws in amateur rugby really necessary, or indeed helpful? Yes, says Sharief Hendricks of the University of Cape Town, lead author of a study published in the British Journal of Sports Medicine.

The main purpose of these scrum law changes is to reduce the number of scrum-related catastrophic injuries in the country, by minimising the opportunity for impact injury and subsequent scrum collapse in amateur rugby in South Africa,” writes Hendricks. “It’s about making this aspect of the game of rugby safer.”

The new laws for amateur rugby were approved in 2012 by the South African Rugby Union (SARU), and were implemented at the start of the 2013 season. The laws were the result of the BokSmart National Rugby Safety Programme (BokSmart), which highlighted the occurrence of a relatively high proportion of scrum-related catastrophic injuries data in the period between 2008 and 2011.

It was found that the scrum phase accounted for 20 of the 60 (33%) of the catastrophic injuries that happened during matches or practice sessions between 2008 and 2012. Eighteen of the 20 scrum injuries were acute spinal cord injuries. Thirteen of these were permanent injuries. Most of these injuries happened during the impact of engagement, followed by a collapsed scrum or the popping out of the scrum by players.N

Given the choice, an orange-breasted sunbird will most probably choose a pink flower above a white flower to drink nectar from.

“We found that sunbirds preferred pink flowers, as 95 % of their first choices were to pink inflorescences,” writes Anina Heysteck of Stellenbosch University, lead author of a study published in Evolutionary Ecology. “They visited and probed more pink inflorescences and flowers, respectively.”

The study was the first to experimentally test the foraging behaviour of sunbirds in relation to flower colour. The test subjects were the orange-breasted sunbird (Anthobaphes violacea(Nectariniidae)) and the Erica perspicua (Ericaceae) that produces pink or white flowers.

Only 1 in every 2 youths know their HIV status

If you are female, slightly older, have chatted to your mother about HIV, have been pregnant or made someone pregnant you are more likely to know your HIV status than your peers.

Therefore awareness programmes and public health messages need to focus specific attention on younger males, youths who lack HIV knowledge, have never talked to their mother or female guardian about HIV, have never been pregnant or have never made someone pregnant.

“There is still room for improving the low proportion of young people who test for HIV,” says Karl Peltzer and Gladys Matseke of the Human Research Council, in a study published in the open source journal African Health Sciences. It investigated the prevalence and determinants of HIV testing among young people aged 18 to 24 years, as part of an evaluation of the impact of the loveLife campaign.

The total sample included 3123 participants from the Eastern Cape, Gauteng, KwaZulu-Natal and Mpumalanga.

The results indicated that over half (52.2%) of the youths reported testing for HIV, with more young females (60.1%) testing for HIV compared to their male counterparts (39.9%).