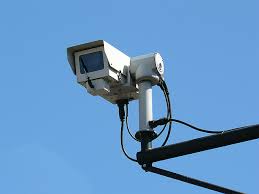 Closed circuit television (CCTV) footage was in the news this week as part of the so-called “Anni Dewani Honeymoon Murder Trail” in Cape Town. With this in mind, one has to wonder just how well most CCTV operators actually are in detecting anything untoward. The answer? If it’s a specialist watching, “skelms” are in trouble!

This is the findings of a study in the journal Applied Ergonomics, conducted by Fiona Donald and Andrew Thatcher of the University of the Witwatersrand, together with Craig Donald of the Edith Cowan University in Australia.

The researchers examined operator effectiveness in terms of how well they are able to detect misdemeanours, and how vigilant they are while watching proactive or real time CCTV footage.

Their study was conducted in two stages. During stage one, 42 operators who were employed full-time in CCTV surveillance observed a 90-minute video and were required to detect four types of target behaviours. No drop in vigilance was found for this sample as a whole.

Stage two involved collecting additional data from 31 newbie CCTV operators. The existing group of operators were also divided into two sub-samples, consisting of generalists and specialists depending on the type of surveillance they performed at work. The group of 73 participants were among them able to detect one out of every two transgressions, while the false alarms they sounded were quite high.

The vigilance of the novices and generalists dropped as time went by. “Specialists, on the other hand, maintained their performance for the first hour and then actually increased it,” says Fiona Donald.