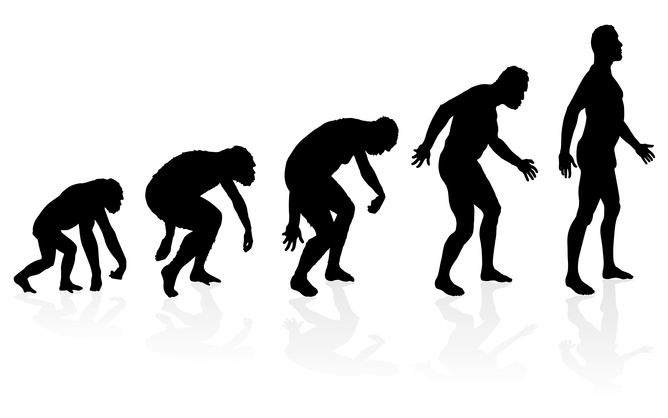 by Francis Thackeray, University of the Witwatersrand

More than 145 years ago, Charles Darwin argued that Africa was the continent from which humans evolved in prehistory. We now know he was right.

We have the evidence to prove from prehistoric remains that our distant human relatives go back at least seven million years. Certainly, the fossil evidence gives us a general answer: from Africa.

Yet the question “where precisely did we come from?” continues to intrigue us. The challenge we face after a century of extraordinary discoveries is pinning down the lineage and mapping the evolutionary route through which we as human beings got here. There is no consensus on the nature of our family tree, including direct ancestors on an evolutionary line and distant relatives, including evolutionary “dead-ends”.

Individual species versus a spectrum

South Africa’s revered spiritual leader Desmond Tutu coined the phrase “rainbow nation” to describe the country after democracy in 1994. I believe Africa is a “rainbow continent” in terms of its evolutionary history.

Using new techniques I have suggested a fresh approach. Instead of assuming that fossil skulls may be pigeonholed into discrete species, as different as black is from white, we should try to identify a spectrum of variation through evolutionary time and geographical space.

Darwin recognised from his studies of barnacles that boundaries between species break down when we increase the number of specimens available for study. This is exactly what is happening now in the case of new hominin fossils from Africa.

More and more fossils are being found. The question is: how long can we continue to describe new species, while recognising the diversity of our distant relatives?

In the concluding chapter of The Origin of Species, published in 1859, Darwin emphasised the need to quantify the “amount” of variation within a species. This could apply to the amount of variation within a hominin species existing at any one time in a given area, as well as to finches on the Galapagos islands. Or, for that matter, to any species in the tree of life.

Africa has an extraordinarily rich palaeontological and archaeological heritage. The discoveries at the caves at Sterkfontein near Johannesburg in the area known as the Cradle of Humankind have been so extensive that it was declared as a World Heritage site in 1999.

Extraordinary discoveries have also been made elsewhere on the continent in Kenya and Tanzania. Also, in Ethiopia, a skeleton called Lucy was discovered and dated at about 3.2 million years. The fossil was classified as Australopithecus afarensis.

But it may be a bit more complicated

All these remarkable finds have led to a realisation that there may be a deeper question to ask about understanding our ancestry. The question that my colleagues and I have begun to address is the thorny problem of how to classify fossils.

When only a few fossils were known from different parts of Africa, it was easy to classify them into one or other species. But as the number of fossils has increased it seems that boundaries between species are breaking down.

In a presentation at the University of the Witwatersrand on Evolution Day I will describe for the first time in public a new concept I have developed. I have called it “Sigma Taxonomy”.

It is different from the way many scientists work when they pigeonhole fossils into one or other species, using the concept of “Alpha Taxonomy” of William Turrill and Ernst Mayr.

I have developed a probabilistic definition of a species which allows one to take two fossils and compare them using anatomical measurements (morphometrics) and then to question the probability that these two fossils are the same species, instead of assuming that they must be either one or another species.

Where does a species begin and end

My new concept recognises that boundaries between species do not necessarily exist. The concept relates to S (for Sigma) which is associated with a spectrum of variation through space and time. The mathematical approach is one way of addressing the challenging issue of classifying fossils.

I see a transition from Australopithecus africanus (such as “Mrs Ples” from Sterkfontein) to Homo habilis (such as “Twiggy” from Olduvai Gorge) in terms of a chronospecies, relating to the spectrum of variation within a lineage between about 2.5 and 1.8 million years ago.

The ongoing fieldwork and research in Africa continues to raise questions about our human origins. We do not always have answers when new discoveries are made, including those from Ethiopia where palaeontologists continue to make discoveries.

For example, a jaw of a distant human relative, reported to be about 2.8 million years old from Ledi-Geraru in Ethiopia, raises the question as to whether it should be attributed to Australopithecus or Homo, and whether it is a direct ancestor of Homo sapiens.

The nature of the human family tree is currently a hot topic in the study of human evolution. Some of the discoveries may be considered to represent part of a spectrum of variation in a lineage within the last seven million years, all distant relatives of humankind. It would also include some evolutionary dead-ends species such as Paranthropus robustus.

My definition of a species is outlined in an article in the South African Journal of Science. It relates to the recognition of an approximation of a biological species constant called T (-1.61) with an associated standard deviation which expresses the variation within a species through evolutionary time and geographical space.

The hypothesised species constant is based on anatomical studies on many modern species. These include chimpanzees, gorillas, humans among other taxa, and as many as 70 extant species, including mammals, birds and reptiles.

If this approach is applied to fossils known to have been distant human relatives we may be in a stronger position to recognise a lineage and the evolution of our distant ancestors by drawing a family tree that has time on one axis and my statistic on the other.

We are living in exciting times – through the discovery of more and more hominin fossils as well as through theoretical advances.

This article was originally published on The Conversation.