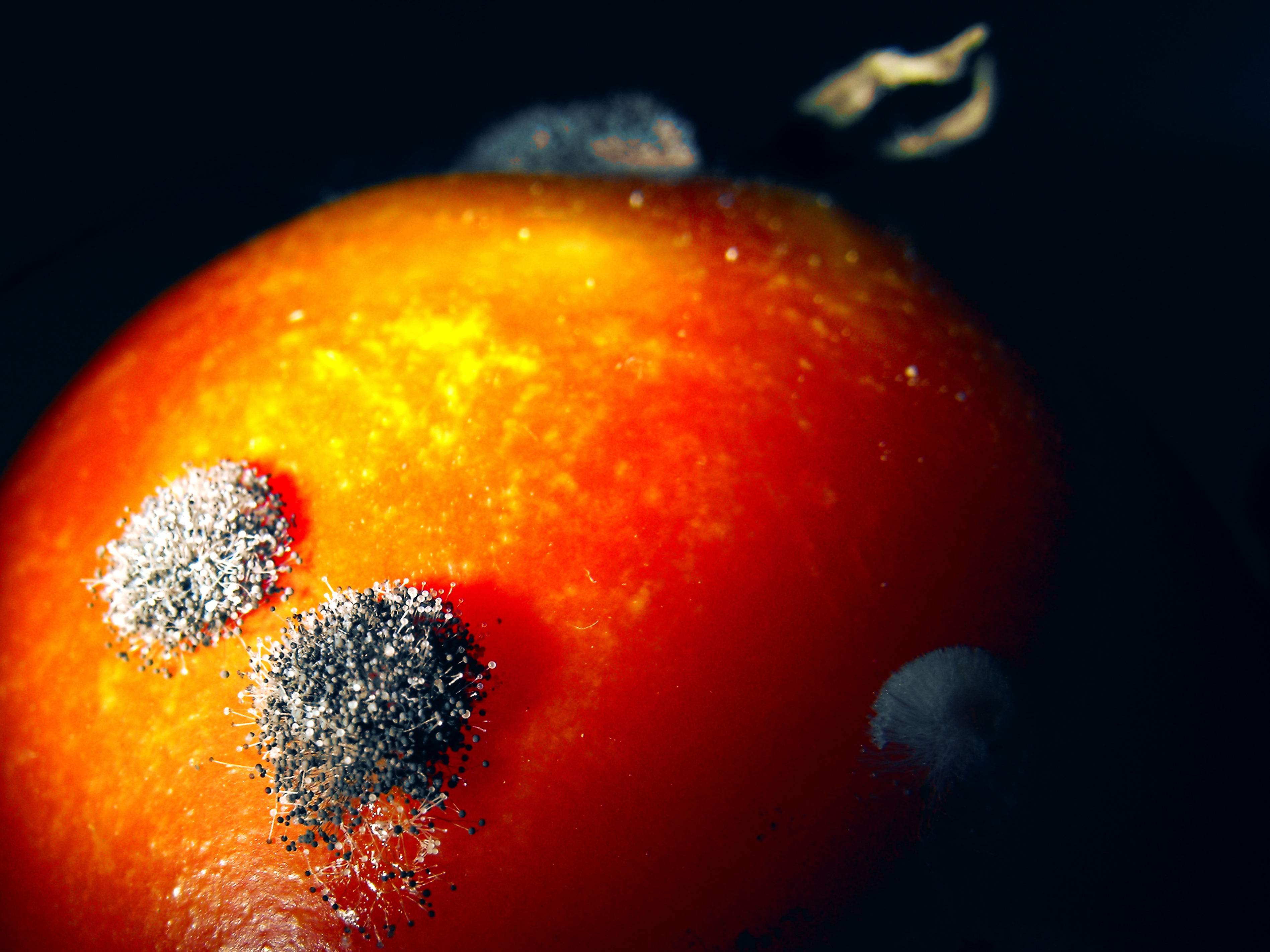 This article by Theodora Ekwomadu of North-West University about food fungi is not for the squeamish. It first appeared in Science Today. Here goes!

In 1960 more than 100,000 turkeys died in the United Kingdom. The mass death – linked to peanut meal, containing chemicals produced by fungi known as mycotoxins – brought the existence of these toxins into the spot light. From the Greek meaning “fungus poison”, mycotoxins are naturally occurring toxic chemicals produced by fungi that can be found in all plant-derived foods, from popcorn to coffee. Currently, we know of about 300 different mycotoxins, with about a dozen known to be threats to human and animal health. These mycotoxins are usually ingested with food, but can also be inhaled or absorbed through the skin. They are the most hazardous of all food contaminants and can have long-term cumulative effects on health. This means that even low levels of mycotoxins in staple foods are very serious because people consume so much of them. If you regularly consume mycotoxin-contaminated food, you are essentially exposing yourself to low levels of highly toxic chemicals. Over time, this could have serious consequences, which include cancer and immune system disorders.

The United Nations’ Food and Agricultural Organisation (FAO) estimated in 2003 that a quarter of the world’s food crops were significantly contaminated with mycotoxins, leading to food losses of about one million tonnes annually. More recent studies suggest that the percentage of contaminated cereals is now much higher, at almost three quarters. This rise could be due to improved monitoring and stricter guidelines regarding what constitutes contamination

Unfortunately, cooking does not destroy mycotoxins, since the majority of them are very resistant to heat and are not also affected by other methods of food processing. This makes containing the mycotoxin threat difficult.

The filamentous fungi that produce these toxic chemicals are very common worldwide: they thrive in warm, damp and humid conditions, such as those found in the tropics, and affect a wide range of agricultural produce.

Africa is particularly vulnerable to the mycotoxin contamination. From climate change to poor agronomic practices, a number of factors increase the continent’s risk. There is a tendency to harvest crops early – whether to avoid scavenging animals or thieves – and this result in crops with a high moisture content, which means that they will take longer to dry and are prone to fungal contamination. This threat of fungal growth is exacerbated by inadequate storage facilities, with poor ventilation, high temperatures and humidity.

For many in most rural areas, food is difficult to come by and these people would rather eat contaminated food than starve.

Because of the scale of the mycotoxin threat, there are regulations governing acceptable levels. However, only 15 countries in Africa have specific mycotoxin regulations – the majority do not. But even where regulations do exist, very often this does not make a difference on the ground. This is because many farmers grow agricultural produce for their own consumption: subsistence farming remains common throughout the continent.

One of the most important ways to combat this threat to human and animal health is education. Departments of agriculture and health need to educate farmers, traders and the consumers about the health hazards and different ways to manage mycotoxins.

There are a number of simple steps that farmers can take to protect themselves and consumers. The method of choice should be to dry food and feed to safe moisture level. By keeping the moisture and ambient humidity levels very low during storage, farmers and retailers could prevent mycotoxin formation in their grains. . The same goes for cleaning and disinfecting storage containers after use

However, research can also play an important role in controlling mycotoxins. Crop varieties and the way that they are cultivated increase their susceptibility to fungal and mycotoxin contamination. But some varieties of field crops are relatively resistant: for example, researchers found that white maize is less susceptible to certain fungal infections than yellow maize. This natural resistance can be built on to develop crops that can completely inhibit the growth of these fungi – and consequently their toxins – even when the crops are stored in poor conditions.

Ultimately, this solution should come from African researchers, who understand the local conditions and what would work best in their country. This could go a long way towards solving the mycotoxin problem threatening food safety and food security on the continent.

The dream of electric cars