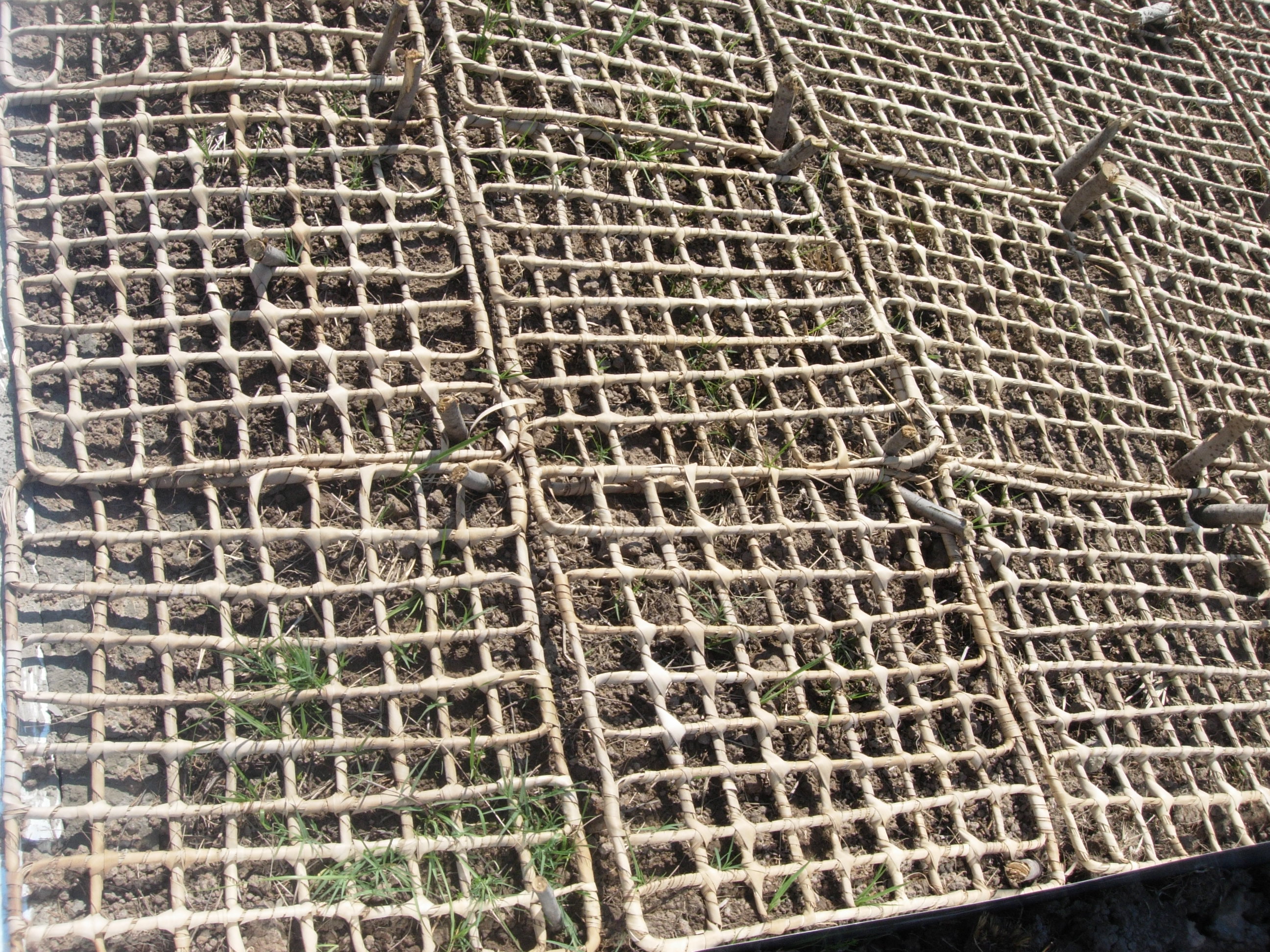 For experienced soil scientist Dr Garry Paterson the results of poor land use practices in many South African regions are all too obvious.

“When the soil surface becomes exposed, valuable topsoil is easily washed away during intense rains,” explains this past President of the Soil Science Society of South Africa and current vice-chair of the South African Chapter of the International Erosion Control Association. “This eventually leads to the formation of rills and gullies, otherwise known as dongas.”

As a soil scientist, Dr Garry Paterson has been involved in various soil classification, investigation and mapping projects throughout South Africa, including those involving the Gautrain project and the erection of Eskom transmission lines. He has done soil surveys for mining, housing, roads, pipelines and forestry purposes ever since he relocated from Scotland in 1981 to join the Agricultural Research Council’s Institute for Soil, Climate and Water in Pretoria.

He recently received his doctoral degree in soil science from the University of Pretoria after researching the use of natural geotextile methods to reduce such soil erosion. He found that woven mats made from palm leaves might just be the thing to help solve South Africa’s soil erosion problems – and could also mean the start of various local mat-weaving enterprises.

Erosion can be prevented by covering the soil surface with a type of material which will intercept the rain and stop surface runoff that leads to soil removal. Geotextiles (materials that can be placed or rolled out on the soil surface) currently in use are often made from plastic or wire, but can be expensive. Also, being synthetic, these are not preferable for the environment.

Researchers of the University of Wolverhampton in the United Kingdom (UK) were the first to show that Borassus palm tree leaves from the Gambia can be used as a natural geotextile. The palm leaves are woven into mesh-like yet flexible 50 x 50 cm mats. These waffle-like mats are fixed to the soil surface to provide the required protection.

This subsequently led to a project funded by the European Commission between 2005 and 2009 to test and quantify the effectiveness of the mats in tropical and sub-tropical areas. It involved ten countries, including the UK, Belgium, Hungary and Lithuania, as well as Brazil, the Gambia, Thailand, China, South Africa and Vietnam.

Dr Paterson was responsible for evaluating the mats under South African conditions, and assessed the benefits of the mats at various sites in KwaZulu-Natal, the Free State, Gauteng and in Limpopo.

He found that the mats are a practical, natural alternative to synthetic geotextiles, and can be used in a range of environments to help reduce damaging soil erosion. Results were very positive, with significant reduction in both the amount of surface run-off as well as the sediment carried away by the water. The mats stabilised the soil, which in turn allowed the re-establishment of plants. Because the mats are made of natural materials, they decompose slowly into the topsoil.

An added benefit is that they can be produced using low-input techniques by harnessing the weaving skills found in many rural communities. “Communities that use this technique stand to benefit from both soil conservation and income generation,” reflects Dr Paterson, who says that the organization “Working for Wetlands” has shown interest in using the technique in some of their field areas in KwaZulu-Natal.

“With some basic sponsorship, and some collaboration between the local structures of various provincial departments, a worthwhile co-operative could be established to supply material to participants for weaving,” he believes. “The mats can then be applied to sites in the local environment where they are most needed.”