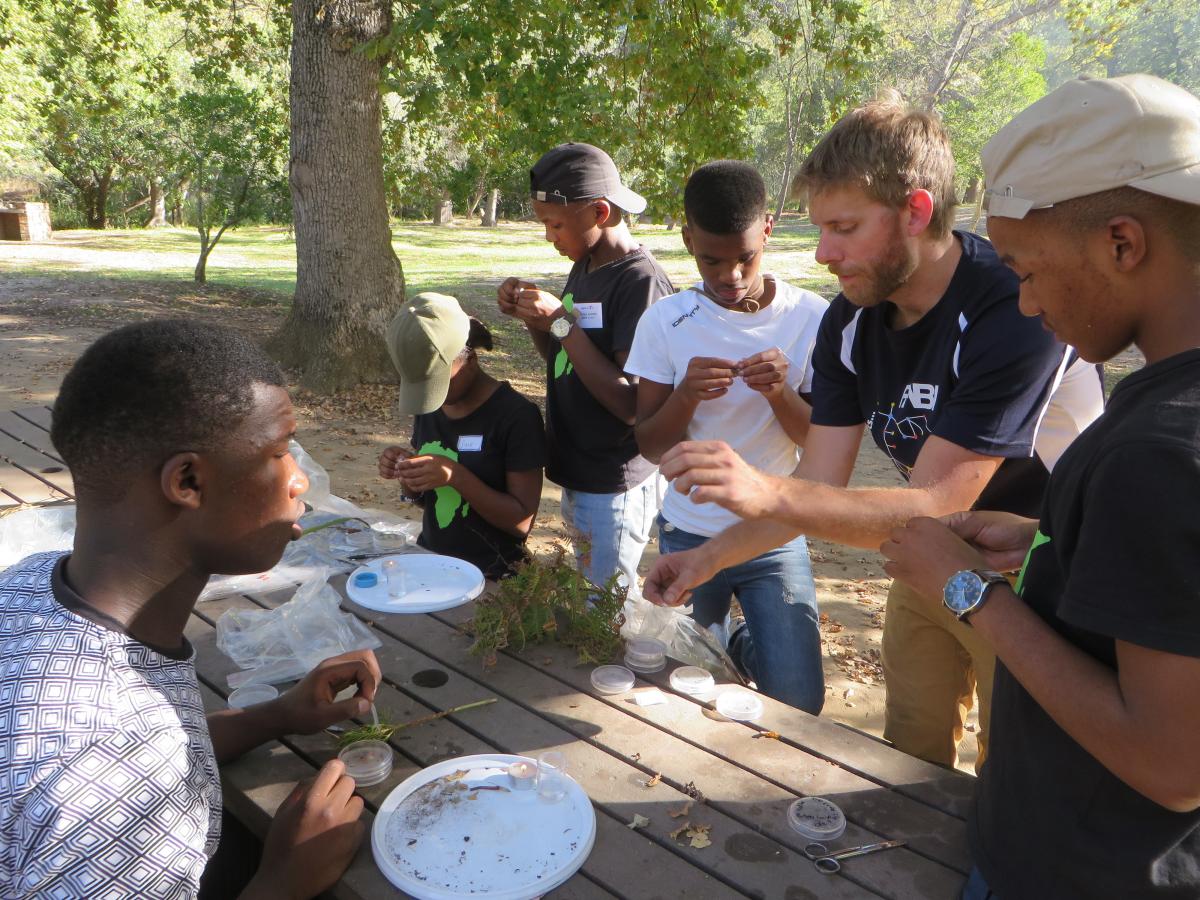 Learners from the Kayamandi community in Stellenbosch recently practiced their skills as citizen scientists when they had the opportunity to hike in the Jonkershoek Nature Reserve. In the process, the 31 learners helped to collect samples for an ongoing research project, and learnt how to isolate the fynbos pathogens that they collected.

The learners who were part of the visit are all regularly involved in the after school learning program Vision Afrika.

Their visit was made possible through the Cape Citizen Science project, an initiative under leadership of University of Pretoria Plant Pathology PhD student Joey Hulbert. He is conducted his studies under guidance of the Forestry and Agricultural Biotechnology Institute (FABI), and is also a research affiliate of the Department of Conservation Ecology and Entomology at Stellenbosch University. As part of his research Hilbert studies different Phytopthora microbes that cause plant diseases in natural fynbos areas of the Western Cape.

The learners were briefed about the research project that they were going to contribute to, the importance of biodiversity, and the threats that fynbos experience.

“We also introduced them to the concept of ‘pathogen hunting’, which allowed them to sample diseased plants in the reserve,” explains Hulbert.

The learners then took their pathogen gathering skills to the next level when they were shown how to prepare primary isolations. “For this, we cut small pieces of the infected plants they collected and placed them into petri plates containing ‘pathogen food’, in this case agar suspended maize meal,” he adds. “By the end of the activity we had completed primary isolations for 72 samples. Incredible!”

“The story actually begins with some generous backers that we received thanks to the crowdfunding campaign that was launched earlier this year,” Hulbert hastens to add. “In February 2017, many individuals contributed funding so that we could cover the costs to engage youth from Kayamandi in our research.”

The initial funding target of 400 dollars (about R5600) was reached within the first day of the crowdfunding project being launched. Funding was also received from the American Phytopathological Society through the Mathre Education Endowment Fund and the Promotion Fund of the British Society for Plant Pathology.

So why does Hulbert go to all this effort of engaging young people in his research? He believes there’s more to life than just finishing his doctorate about the tiny microbes that could kill fynbos plants. He says he’d be a happy man if in the process he can get members of the public – children included – talking about science, research and nature.