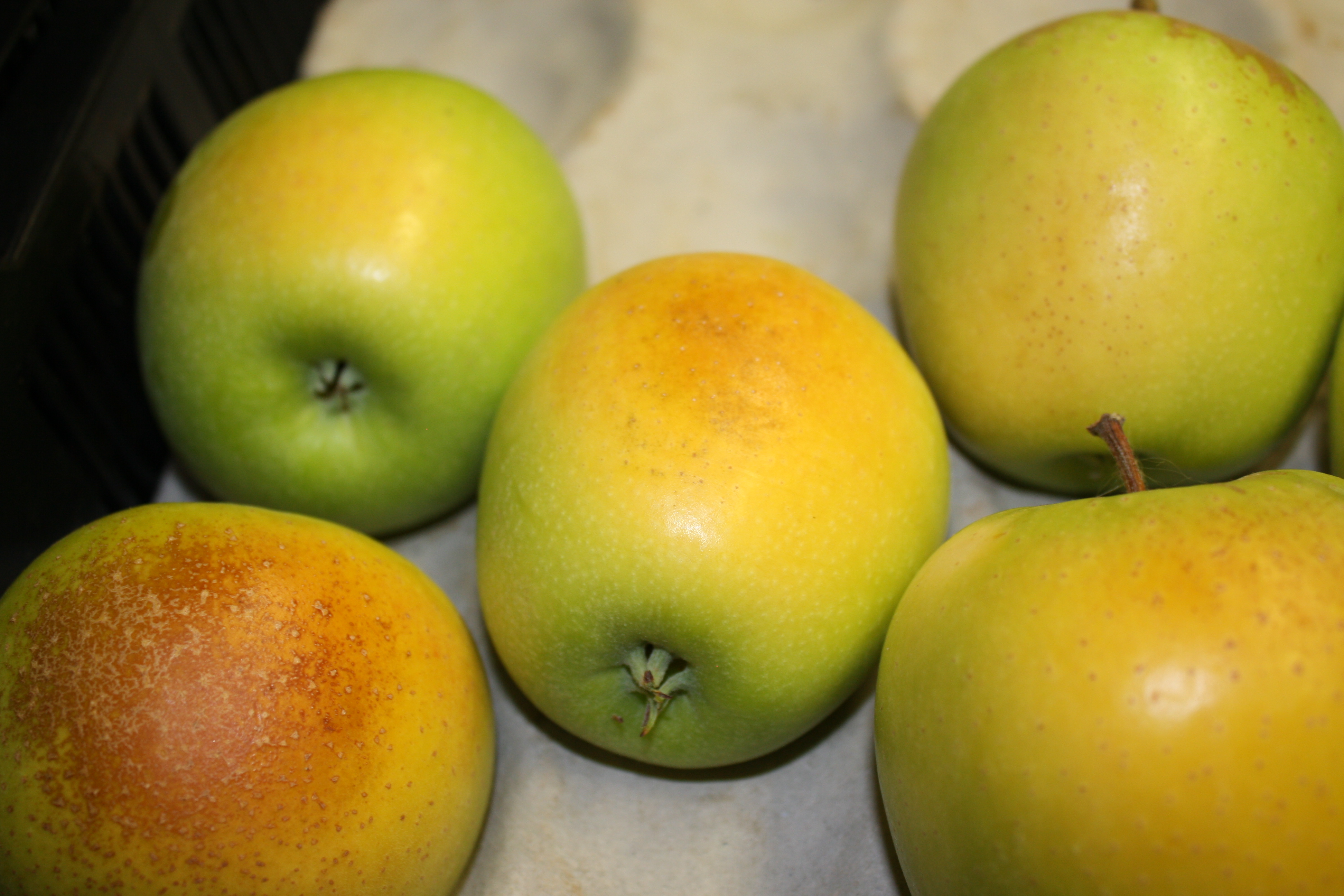 When horticulturalist Dr Elmi Lötze of Stellenbosch University set out to test a mineral mixture on ‘Golden Delicious’ apples, she was hoping that it would help reduce bitter pit which causes dark spots to form on the fruit. Instead, she found that it worked quite well as a “sunblock” that could save apple farmers a buck or two in sunburn damage.

Because of South Africa’s hot climate, losses of apple fruit due to sunburn damage can be very high among susceptible cultivars. In particular, 20% of ‘Golden Delicious’ and up to 40% of ‘Granny Smith’ appels can generally not be exported due to sunburn. This is much higher than is the case for other apple producing regions such as the USA.

Various methods and innovations have been used with various degrees of success to reduce the incidence and severity of sunburn. These include using shade nets, making changes to the training system and applying kaolin clay to the fruit. However, no single solution as yet significantly and consistently reduces sunburn damage on a commercial scale.

The use of minerals has also not yet been fully explored.

The Stellenbosch horticultural scientists were made almost by chance. Dr Lötze initially set out to see if the incidence of bitter pit in ‘Golden Delicious’ apples could be reduced by applying a commercially available treatment containing calcium with and without boron to apple trees . After the first season, she found a 50% reduction in the incidence of sunburn for trees on which a mixture of boron and calcium was sprayed, compared to those that only received a calcium or a boron treatment. The trial was repeated in the following season in the same orchard with the same calcium-plus-boron mix, along with a few other new combinations. The positive results found in the first season were confirmed.

“Sunburn damage to ‘Golden Delicious’ apples can be curbed by spraying trees with a mixture of calcium and boron,” Dr Lötze writes in an article she co-authored with Dr Lynn Hoffman of the Department of Horticultural Science at Stellenbosch University, in the Journal of Horticultural Science & Biotechnology. They established that sun damage can be halved by spraying apple trees after full bloom with this mineral rich nutrition combination.

The trials were carried out in the Vyeboom district on ‘Queen Ann’ farm. A foliar spray containing calcium and boron (commercially available as a Manni-Plex® formulation) was used. The trees were sprayed on a weekly basis for three to ten weeks after full bloom, depending on the specific treatment.

Boron is an essential micro-nutrient that helps to strengthen the cell walls and cell membranes of plants. It also enhances the uptake of calcium, and stimulates the growth of the pollen tube in flowering plants. Dr Lötze hypothesises that the sun protection gained from applying boron is probably the result of a lesser known function of this mineral. It also stimulates the release of useful antioxidants. In the process boron helps to protect the plasma membranes of the cells, and to reduce the damage that exposure to reactive oxygen species (chemically reactive molecules containing oxygen) can cause to fruit.

Further research is now needed to understand how and why the calcium and boron combination works so well on ‘Golden Delicious’ apples. The researchers also want to find out if it might help prevent sunburn in other apple cultivars, and if other foliar formulations can be used.

“The preventative use of a foliar application of boron and calcium could significantly decrease pre-harvest losses,” believes Dr Lötze. “Also, it offers a sustainable, environmentally friendly and affordable alternative to manage the persistent and serious problem of apples suffering sunburn damage while still in the orchard.”

“Further research is needed because we do not know yet how this calcium-boron combination works, at which concentrations the best results are gained or when it’s best to apply the mixture,” adds Dr Hoffman.

Where there’s wool, there’s a way