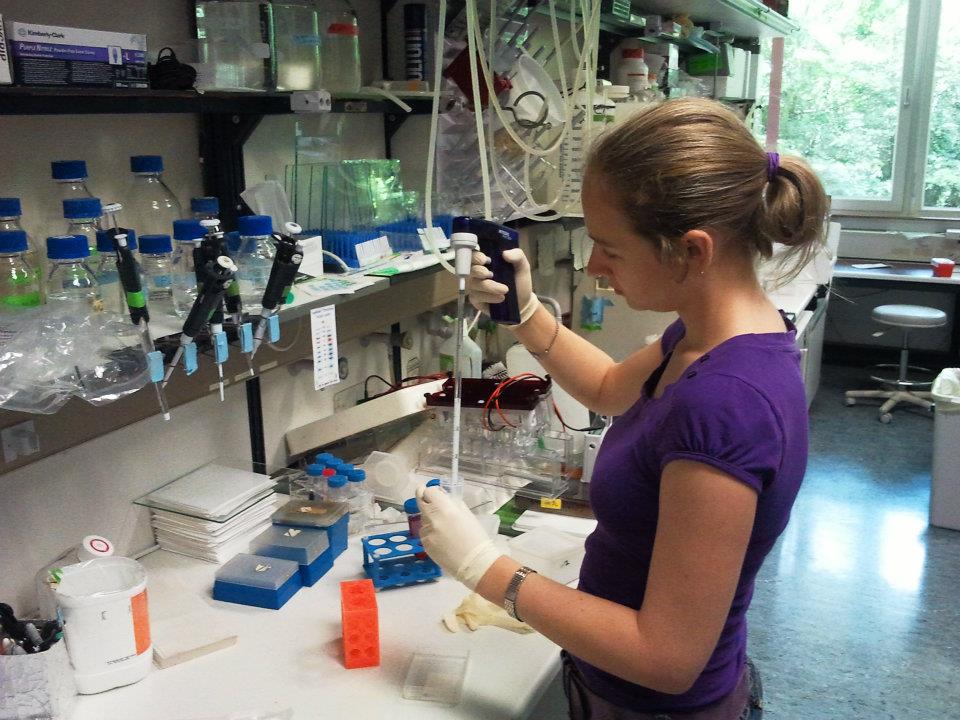 Before I switched careers from scientist to science communicator, I completed an MSc in biochemistry, and for the last 3 years I’ve been wondering how I would ever explain to someone outside of my niche research field what my project was actually about.

Unless you are a plant biochemist, the title of my dissertation would give you no hint at all: ‘Promoter analysis of members of a plant defense-related LRR-RLK gene cluster in Arabidopsis thaliana’.

So now, as we are nearing winter, and I’ve turned off the fan in favour of the heater, I’ve decided to try and reveal to those of you who supported me financially – that’s all of you tax-payers, thanks! – what exactly I spent your money on.

As I said, my heater is on max, so I’ve switched on the right equipment in response to a colder environment (and in response to the challenge of writing this). Here goes.

Inside all of all us, billions of switches are constantly being turned on and off in response to temperature changes, our feelings, hunger, exercise and a whole host of other “environmental stimuli.” Every cell in our bodies contains a blueprint (our DNA, or genetic code) for the required equipment to deal with most things life can throw at it, but just as we don’t need to have the heater and the fan turned on at the same time, not all cellular equipment need to be produced at all times.

And just like a fan or a heater, genes have switches – turn it on and cellular machinery gets to work to manufacture the product that the gene codes for. These products are proteins – they come in all shapes and sizes, have various functions, and they can be dispatched to where they are needed.

Plants have the same system: in response to environmental stimuli like being feasted on by herbivores or bacteria, or going without water or soil nutrients for too long, plants can turn on those genes that help it fight back against hungry animals or drought.

The switches that turn genes on and off are known as promoters. My research looked at the promoters of a group of genes that seem to help plants defend themselves against bacterial attack.

Here are some photos from my time in the lab: 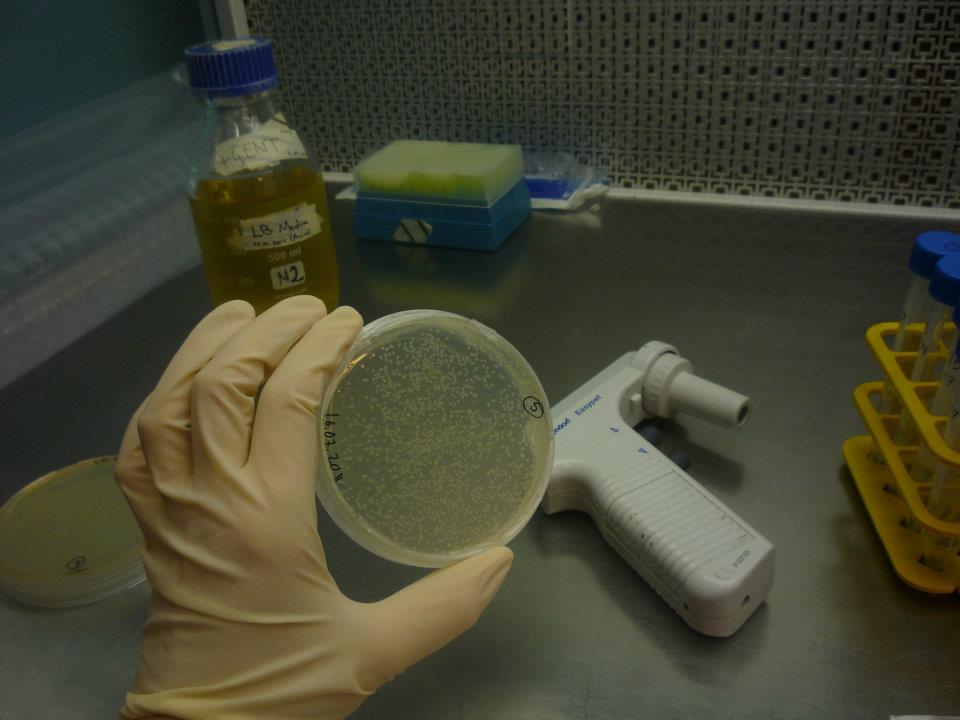 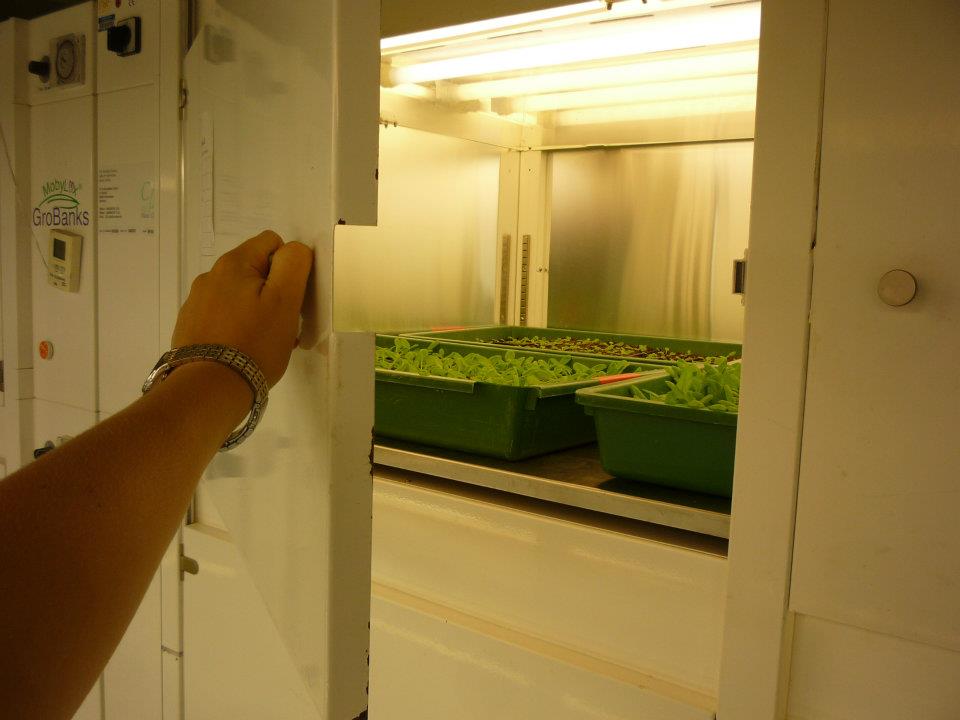 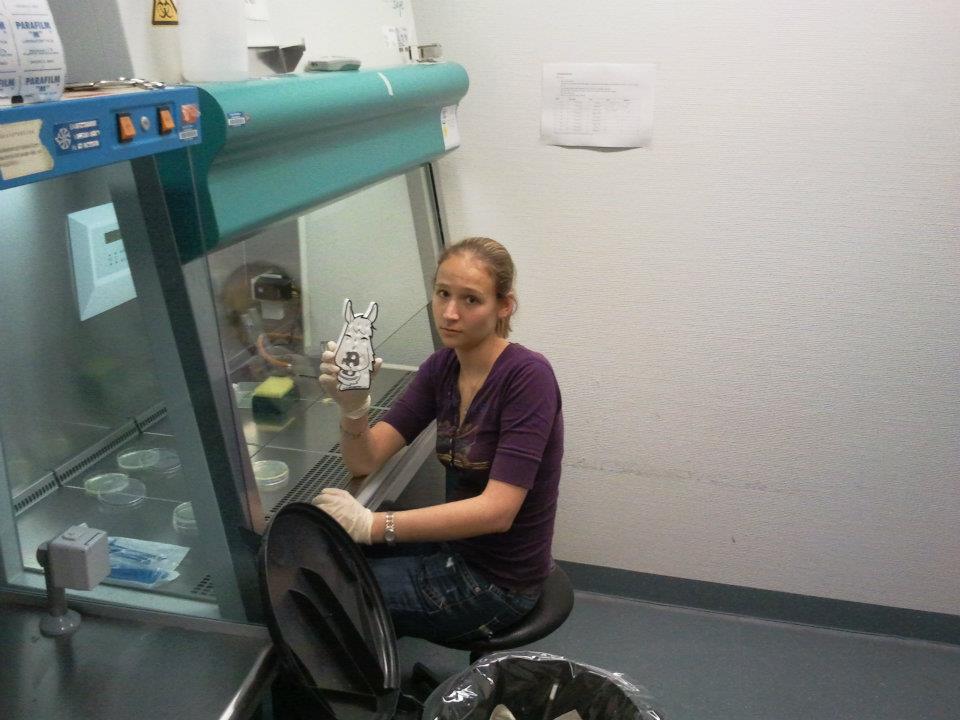 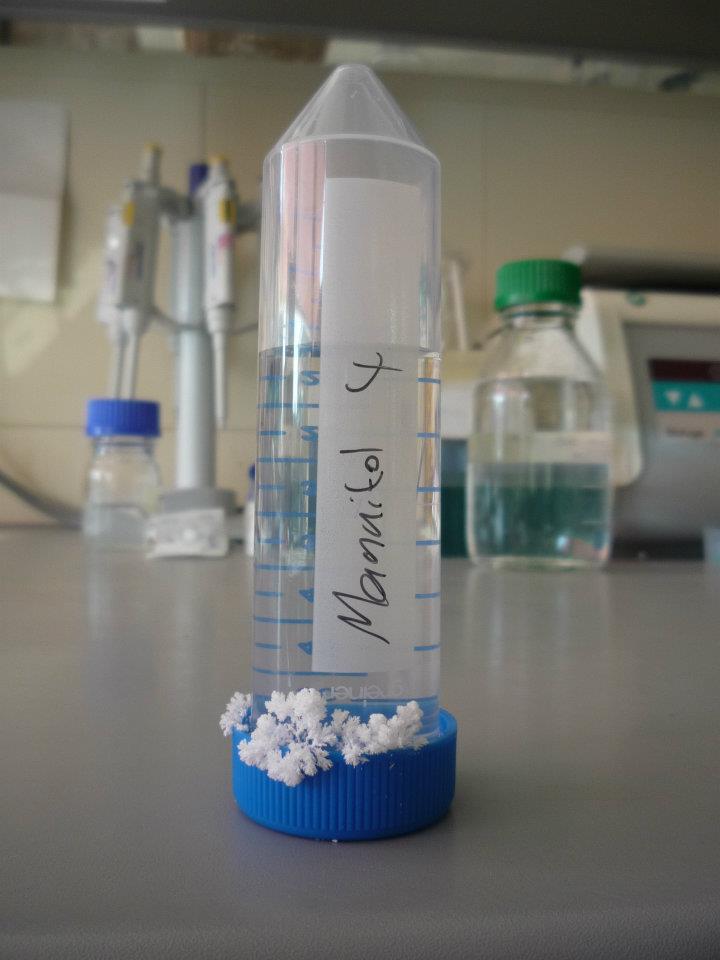 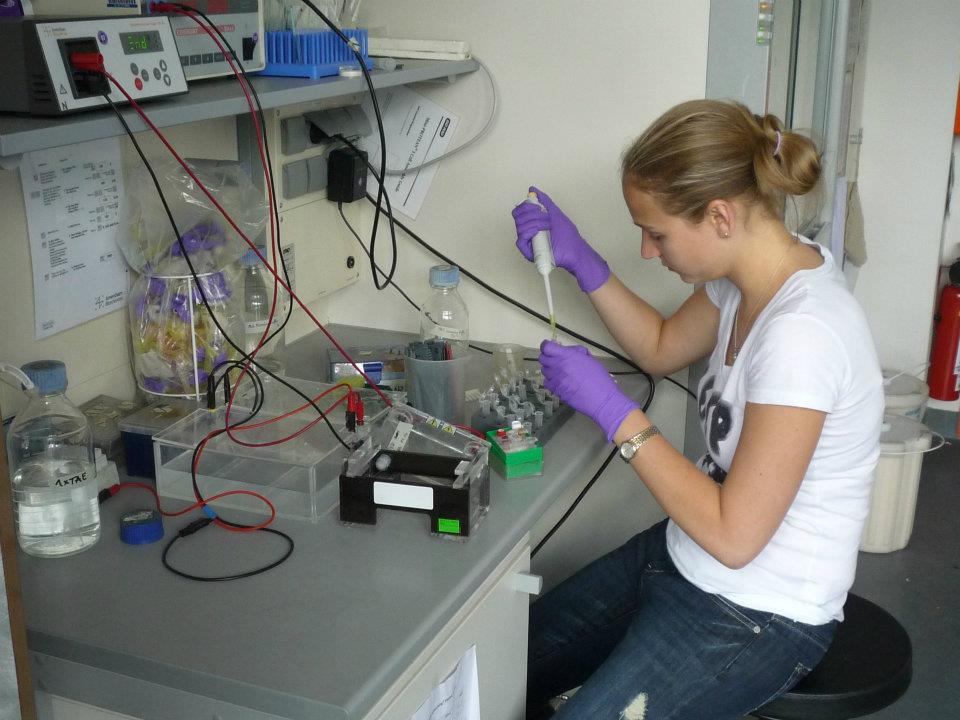 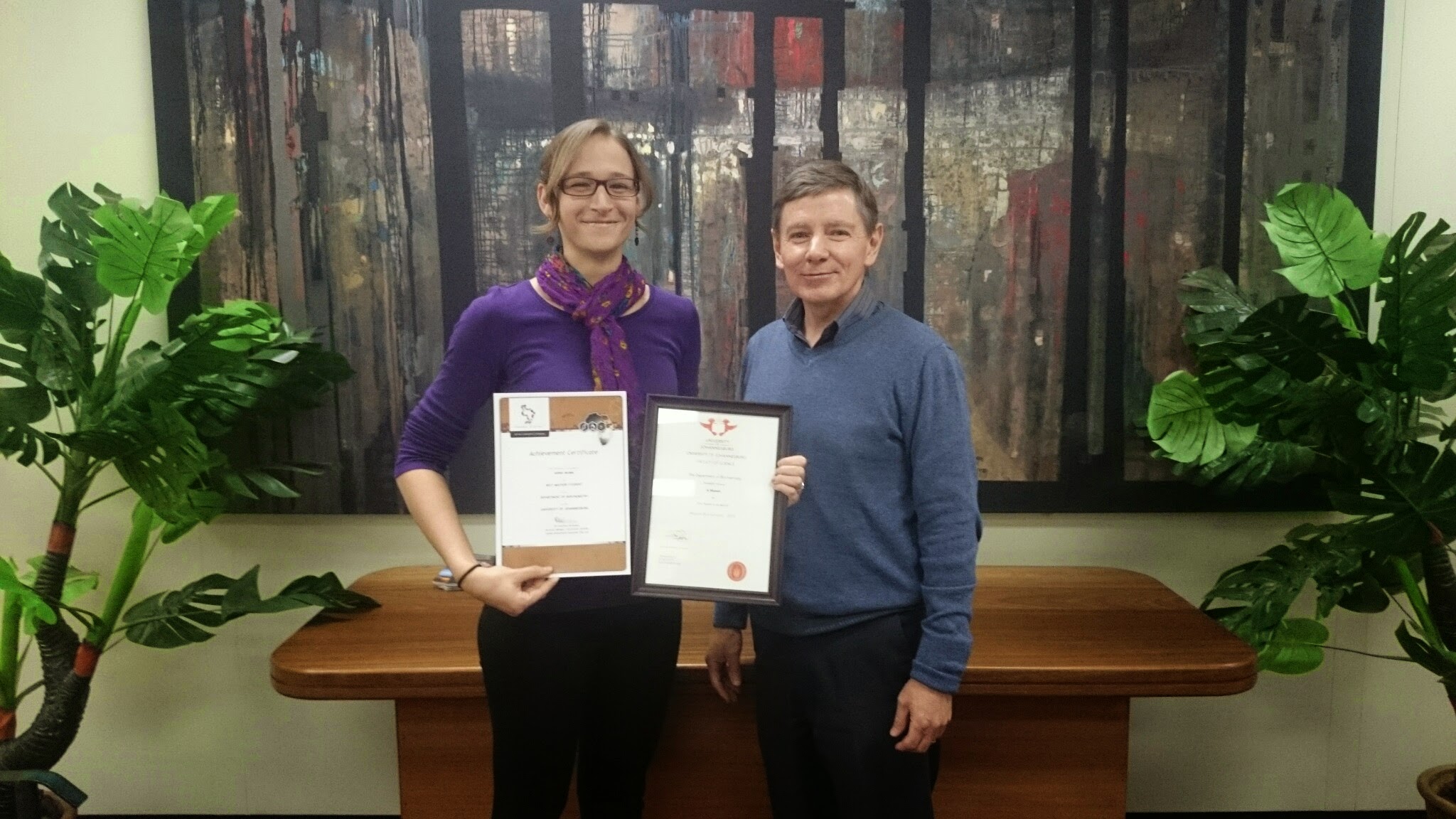 Now for some context, bacteria can cause diseases in plants, and diseases destroy crops. If we know how plants defend themselves, we can strengthen their defenses through biotechnologies such as genetic engineering.

So next time you grab that coffee and croissant, know that I may possibly have helped, in some tiny theoretical way, to potentially ensuring that your children’s children will also, perhaps, get high on caffeine and carbohydrates at whatever hipster bakery is popular then.

Anyway, the way plant promoters work to turn genes on and off in response to threats is, quite simply, magnificent – it is an extremely sensitive, fine-tuned signalling system of epic proportions, and what I will share with you now is only a glimpse of it. But think of it as a military operation where every soldier has their function, position and rank.

Look-outs man the surface of the cell. As soon as they detect a threat, the information is passed down through the cell membrane by messengers, until it eventually reaches the switch-operator of a specific gene switch. Depending on the message (e.g. the severity of the threat), the switch-operator will press the red button to deal with the intrusion, such as shutting the gates at the surface or destroying the enemy’s incoming soldiers.

The enemy’s “soldiers” would be bacterial proteins, while the “look-out” is a plant protein known as a receptor, and the “switch-operator” is really a transcription factor protein (when a gene is turned on, cellular machinery convert the code into a product, and the first step in the transformation is known as transcription. Hence, transcription factors initiate or prevent transcription by interacting with the promoter, or gene switch).

In my research, I looked at how specific defense-related transcription factors interacted with the promoters of the genes I was interested in.

I also mutated those promoters artificially, to see what would happen if I change the code of the switches or shorten them.

In this way, I determined which specific areas of the promoter is important for turning on those genes in response to bacteria. The areas I found are known as W-box elements, and scientists already know that such elements are key for plant defenses, so my results were positive (unpublished).

I then went on to identify four possible transcription factors that could be the actual switch-operators for these genes (unpublished).

That said, my study was a preliminary look at how the genes are controlled, but it gives future researchers something to go on. They would need to repeat my results, and investigate the transcription factors in more detail.

The more genes, transcription factors and promoter areas we can link to plant defense responses, the better able we’ll be to engineer plants that are resistant to diseases, and, eventually, the more secure Mugg & Bean’s supply of coffee beans and flour.

This was a quick, light-hearted blog post, not a comprehensive description of my research or the field of plant defense responses. I conducted basic research and though I am no longer doing research, I like to think I still contribute to science in South Africa by communicating science. If you are a researcher, I hope you will be inspired to communicate your research in an accessible way too! No matter the research topic, and whether that research is basic or applied, research produces skilled individuals who add value to our economy in various ways. South African scientists are therefore doing important things within research itself and beyond, and it’s worth sharing with the public!