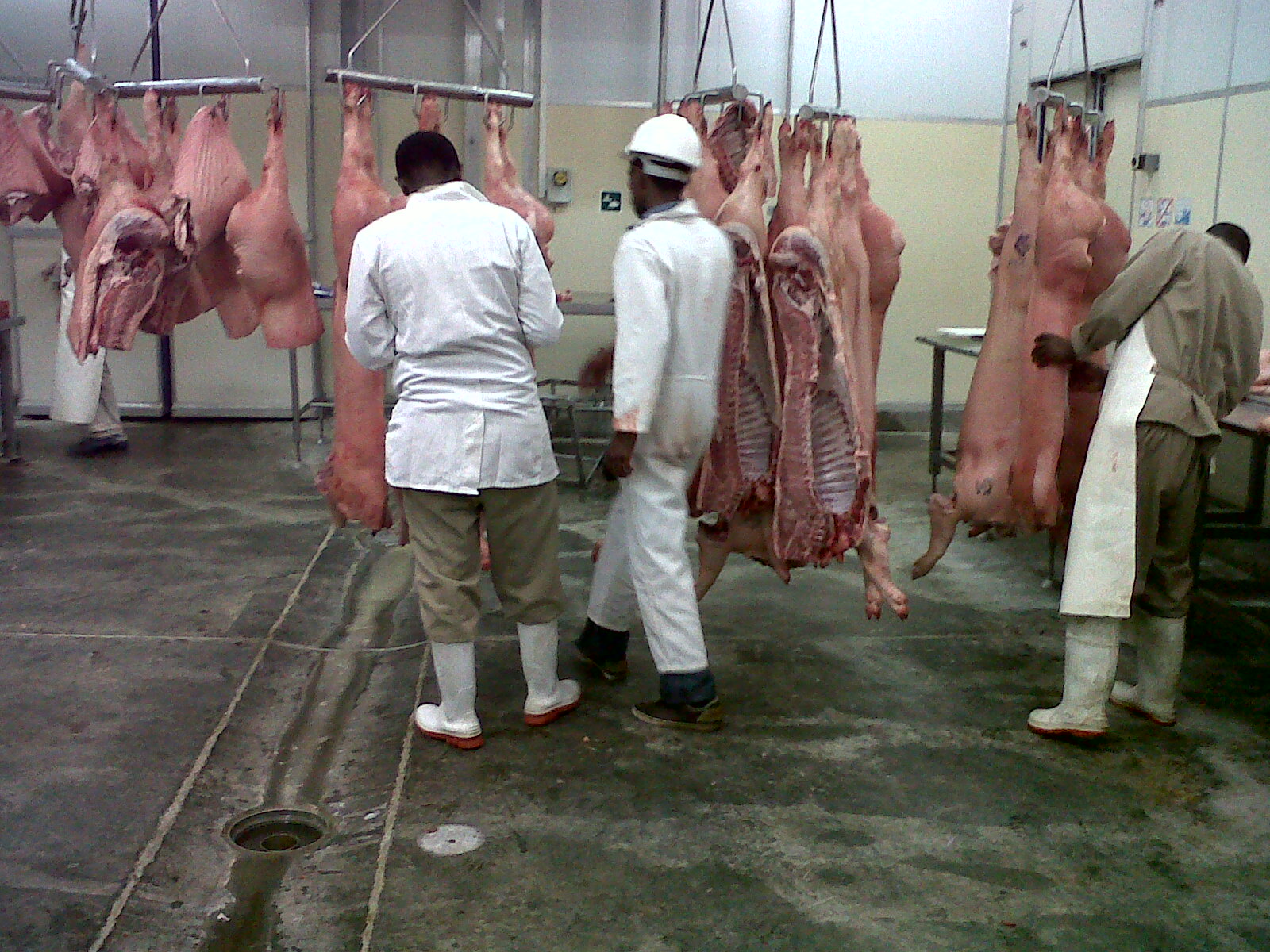 A tip for pig farmers: use maize cobs as a source of feed if you want to limit your overheads and make your enterprise more profitable. Maize cobs can indeed be a valuable and readily available ingredient in pig feed.

This is the message from Dr Arnold Kanengoni, a senior researcher in pig nutrition at the Agricultural Research Council Animal Production Institute (ARC) in Pretoria.

He recently received his doctorate in animal sciences on the topic from Stellenbosch University (SU), after completing his research under the guidance of Prof Kennedy Dzama, chair of the SU Department of Animal Sciences.He evaluated pig genetic resources by using techniques such as proteomics (the large-scale study of proteins) and metagenomics (the study of the collective genomes of the members of a specific community).

“Competition by humans and the biofuel industry for feed resources is limiting the pig industry, which already has a narrow range of feed ingredients to choose from,” explains Dr Kanengoni.

“Maize cobs are among the many underutilized resources which have the potential to mitigate ingredient shortages,” he says. “We need to find even more innovative ways to increase the use of maize cobs as a valuable pig feed ingredient, which are generally very readily available in especially South Africa’s northern provinces.”

As part of his research Dr Kanengoni developed a recipe to ensile and ferment maize cobs into more edible and more easily digested silage for pigs. This was done by adding whey, molasses and specific enzymes.

The studies were conducted at the ARC Animal Production Institute in Irene, Pretoria.

The recipe was tested on two breeds commonly kept by South African pig farmers: South African Windsnyer-type Indigenous pigs (SAWIP) and Large White x Landrace crosses (LW x LR). The SAWIP pigs are often kept by rural farmers. The animals grow slowly and lay down fat readily, are hardy and can survive on minimum food. The LW x LR pig is often commercially farmed with. They are fast growing, lay down lean and need lots of nutritious food to grow at best.

Dr Kanengoni found that unlike the Large White x Landrace crosses, the SAWIP pigs were not so inclined to eat the new mixture. Both breeds were able to digest nutrients from this high fibre diet of ensiled maize cobs well. SAWIP pigs were in general found to be better able to eat more of this new feed because of their general ability to better digest high fibre diets.

After the feeding trials Dr Kanengoni used new generation high throughput technologies, such as proteomics and metagenomics techniques to evaluate the responses of the pigs to the diets.

Dr Kanengoni used proteomic techniques to evaluate thousands of proteins found in serum and liver tissue in search of markers that identify pigs with a special ability to use the high fibre cob diet. This  could potentially be used to select pigs for breeding. He used metagenomics (also known as environmental genomics) techniques to map and identify microbes found in the pigs’ gut. These might be used as substitutes to the enzymes that were added to improve the cobs’ digestibility and energy supply to the pigs.

* This article is based on an article written for the Faculty of AgriSciences, Stellenbosch University.