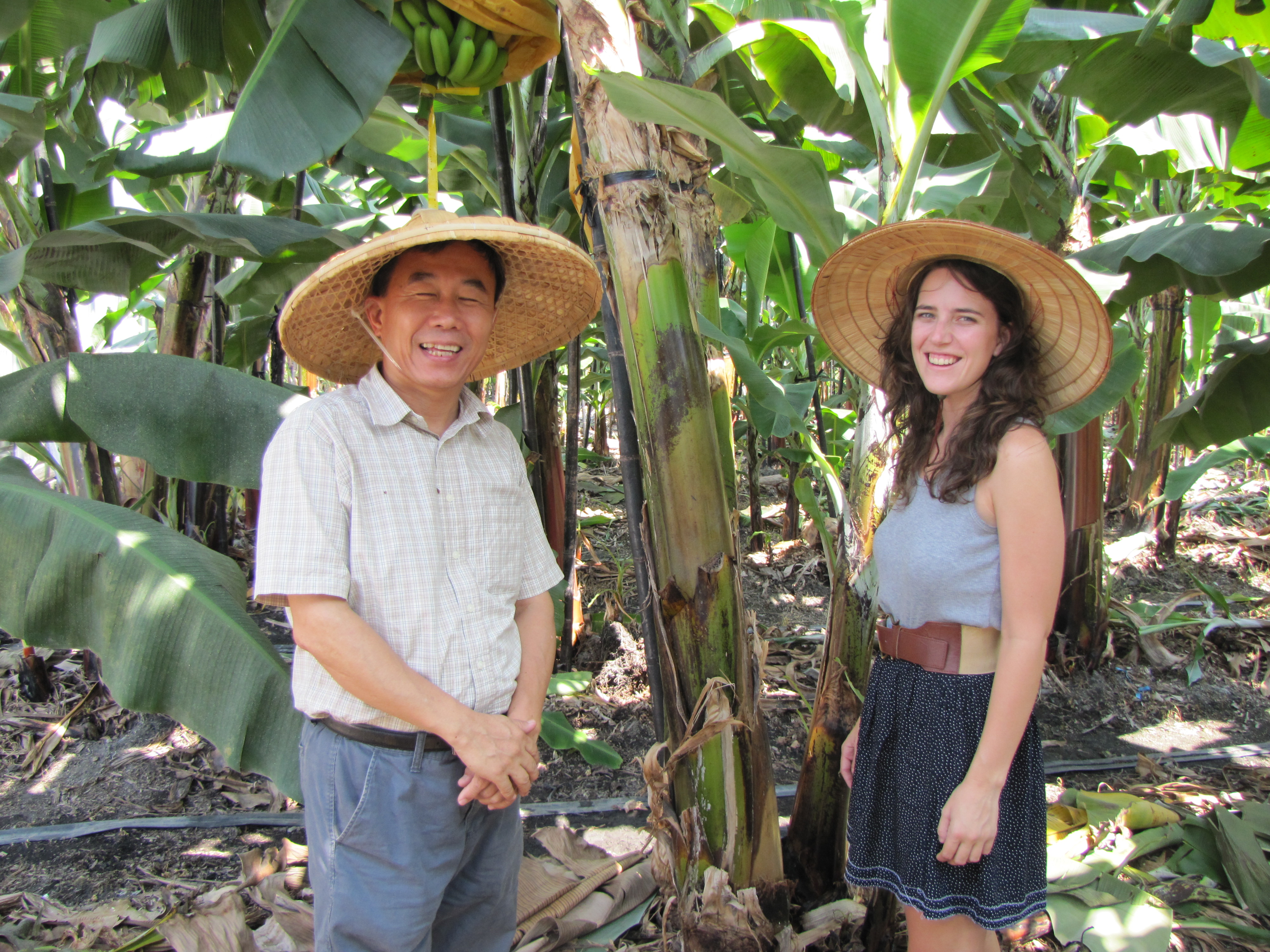 Plant pathologist Dr Diane Mostert is helping to unravel some of the intricacies surrounding the genetic make-up of a fungus that is devastating banana plantations worldwide.

As part of her doctoral studies, this recent Stellenbosch University graduate investigated the diversity and distribution of Fusarium oxysporum f. sp. cubense (also known as Foc) in Asian countries such as Cambodia, Vietnam, Taiwan and Malaysia. In the process, she has already discovered five variants of the fungus previously unknown to science.

She is a member of the research group of Prof. Altus Viljoen of the SU Department of Plant Pathology. His team forms part of an international group of researchers working together to curb the disease worldwide.

“It seems that Foc in Asia is more diverse than previously thought, and we are now only discovering new variants that developed or evolved over time,” says Dr Mostert.

One of these is a highly destructive form of the Fusarium wilt fungus, called Foc TR4. It was previously restricted to Asia where it caused considerable damage to Cavendish clones (the type of dessert banana that is most often sold in supermarkets) and some locally grown varieties. It was, however, recently found in Africa for the first time on a commercial banana export plantation in northern Mozambique.

Although the fungus has devastating consequences for banana producers, eating a banana that comes from a sick plant has no effect on the health of humans.

As a postdoctoral fellow in the SU Department of Plant Pathology, Dr Mostert is furthering her work by developing methods to test for the presence of specific Fusarium strains faster and more accurately. By scrutinizing the genome of the fungus, she is developing molecular markers that quarantine officials and banana breeders can use to identify Foc with.

“The problem with this fungus is that it can survive in soils for decades,” says Prof. Viljoen, who is regarded as one of the leading experts on banana Fusarium wilt (also known as Panama disease). He spends a great deal of time in Asia working alongside collaborators to investigate the matter. “It is difficult to eradicate, and thus important to restrict and quarantine it to the area where it was found.”

After the discovery of Foc TR4 in Mozambique, a workshop was convened in April 2014 in Stellenbosch by the Southern African Development Community. This was followed by the release of a Stellenbosch Declaration, which sets out the joint commitment of partners and stakeholders to understand and prevent the spread of Foc TR4 to new areas in Africa. Other consortium members include the Mozambique Department of Agriculture, International Institute of Tropical Agriculture (IITA), Bioversity International, Food and Agricultural Organisation (FAO) and national agricultural research organisations in southern, eastern and central Africa.

The research efforts of Prof. Viljoen’s group are providing valuable technical insights to the handling of banana Fusarium wilt on the African continent. One of his doctoral students, Patrick Karangwa, is doing similar work to that of Dr Mostert’s, but this time on the diversity of the fungus present in African countries such as Burundi, Tanzania, Rwanda, Uganda and the Democratic Republic of the Congo.

MSc student Morgana Miller is taking a more applied approach to the problem. She is testing whether the current quarantine and sanitation methods employed on farms are efficient in curbing the spread of Fusarium wilt. Ankia Rabie is looking at the possible effectiveness of bio-fumigation efforts such as the planting of canola and chives to eradicate the fungus from the soil. Rueben Tendo Ssali, a Ugandan citizen, is researching disease resistance in bananas, while Saif Al-Kaabi is characterising the fungus in Oman as part of efforts to manage its spread in his country.

Background notes:
* The Department of Plant Pathology at Stellenbosch University hosts a website in support of the efforts of an African Consortium that tries to curb the spread of Foc TR4 on the continent. For more information, about among others the symptoms and identification of the disease, visit www.sun.ac.za/english/faculty/agri/plant-pathology/ac4tr4

Eagles and agriculture: not a zero sum game