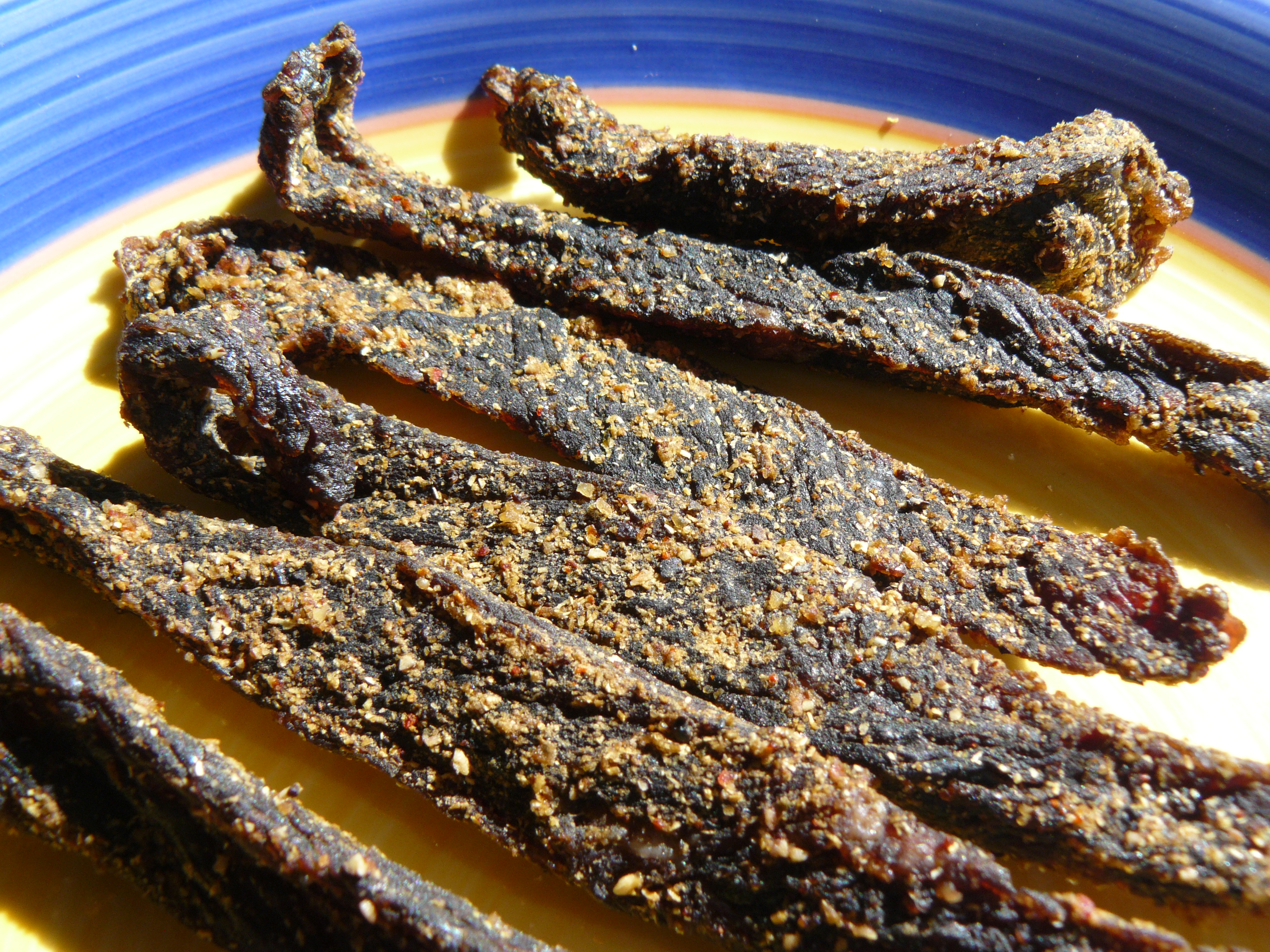 Having to visit a tropical island to do research on biltong? It sounds almost too good to be true, but that’s the experience that Maxine Jones had when she visited Reunion Island as part of her PhD studies in food science.

In the process she could complete one of her trails with the help of Dr Elodie Arnaud and Dr Gwenn Atheaux, members of CIRAD’s Qualisud research unit.

“During the drying process it can take up to four days for the meat to lose at least half of its moisture,” Maxine explains of her research into the use of ultrasound as a possible way to pre-treat biltong during the production of this popular dry meat snack. “We are investigating the use of a pre-treatment such as ultrasound that helps reduce the drying time without influencing the quality of the end product.”

She among others tested the effects and movement of salt in the meat during the brining and drying processes used to make biltong.

“The research was very rewarding and the fact that I was on a tropical island didn’t hurt either,” Maxine fondly remembers her stay. “I just wish the laboratory could have been outside, so that I could have constantly taken in the breath-taking view of the sea, palm trees and tropical birds.”

“The highlights of my trip include work alongside Dr Arnaud, meeting the island locals, the pineapples and the way of life!”

She used her weekends to explore the island, which has a population of less than 900 000 souls. “At first it was difficult to find my way around with many wrong turns that were taken thanks to my non-existent French,” explains Maxine, whose postgraduate studies form part of the endeavours of the South African Research Chair in Meat Science: Genomics to Nutriomics in the Department of Animal Sciences.

“I must compliment the people of Reunion, as even though only a few understand a little English they went out of their way to help me, with one woman even going as far as escorting me to the second bus line and paying for my ticket!”

* This article first appeared in the newsletter of the Faculty of AgriSciences at Stellenbosch University,

Putting mealie pap under the spotlight

Proteas turn blotchy when they have sugar cravings in the mornings